Majuli, the land between the rivers. 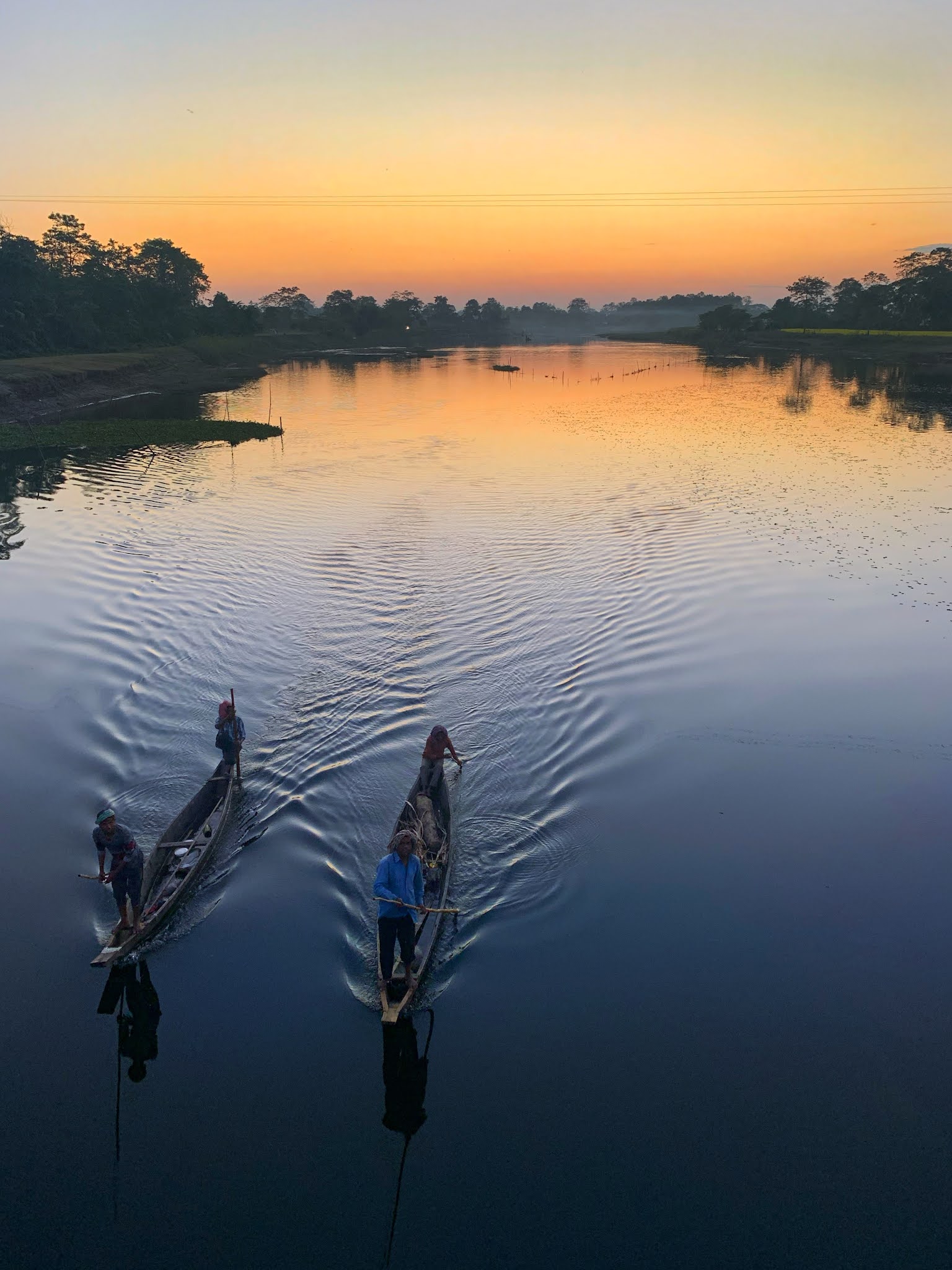 I spent the next day around the town center. Reading, writing, walking. The day after that, I left for Jorhat. There were protests going on in Assam against a controversial bill passed by the Indian government at that point in time. Reaching Jorhat was an adventure in itself. But that's for another day.
Majuli will continue to hold a special place in my travels. Next time I go there, I want to spend more time doing nothing. More time just being there. More time just living.
Following are a few videos that I took along my walks. Enjoy!
Evening walks around Majuli
Art of mask making
Walks around the villages
The trusty boat and the friendly boatsman
A walk in the villages
The gorgeous sunset